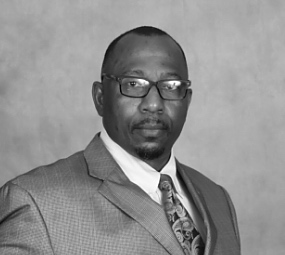 Minister Christopher L. Williams is a born again Child of The Most High God. His physical birth was in Brownsboro, Alabama in the year 1962. In 1993 he was called by God to preach the Gospel, Licensed on July 4, 1993, then on June 9, 1996 he was Ordained.

During his career as an Alabama State Trooper he received many Local, State and National awards, His most rewarding, encouraging and motivating award was received because of his lifesaving action during a church service in Prichard, Alabama, when a small baby stopped breathing. His quick actions, guided by the Lord, helped in saving the baby’s life.

He retired from his position as a State Trooper Lieutenant on February 1, 2006 following the leadership of the Lord not knowing that he would be called to pastor Yorktown Missionary Baptist Church on February 4, 2006.

Pastor Williams was elected as the Second Vice Moderator of the Sunlight District in the year 2010. In 2017 he was awarded the Omega Psi Phi Fraternity, Inc., Rho Alpha Chapter “Bishop Edgar A. Love Award” for outstanding service to the community.

Currently he serves as the Pastor of Yorktown Missionary Baptist Church located in the Historic Pleatau Community of Africatown in Mobile, Alabama.

Pastor Williams has been happily married over 30 years to the love of his life, the former Ms. Theresa Eaton and they are the proud parents of two children, Abreeotta and Christopher.